If you’ve been reading my blog for awhile, you’ll know that Luke swims. He’s on the middle school swim team for the months of February & March. And in the “off season,” he participates in a swim club. He had a little over a month break between the summer and the fall seasons.

Over Labor Day weekend, my mom and I were discussing Luke’s blood sugar levels. We both noticed that, over the past 2-3 weeks, his average sugar levels were averaging on the high end of his range, in the 110s-130s. We also noticed that he spiked more often and higher than normal. And he hasn’t had as many lows as he normally does. (This part is a good thing.)

My first thought was, “So long, honeymoon!” I mean, we’re a year and almost three months post-diagnosis. It was bound to end sometime. 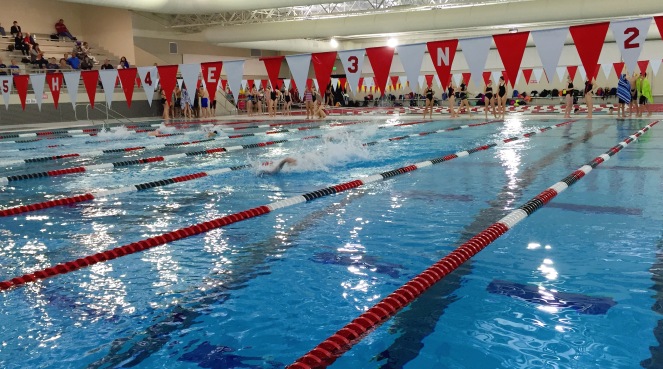 Luke started swim club the day after Labor Day. By that Friday, his blood sugars had already returned pretty much back to normal. Except on pizza nights, he has pretty much stayed within the 80-120 range.

So do I think exercise affects his blood sugar? You’d better believe I do! Keep on swimming, Luke!