Luke’s Dexcom sensor fell out of his arm during swimming on Thursday. Falling out during swimming is not uncommon. That pool water isn’t the greatest for Dexcom adhesive. The fact that it happened on a Thursday afternoon was the problem. Joel works on Thursday nights. And Joel is the one who does the Dexcom changes. I have never, not once, done a Dexcom sensor change. Luke has done one… and it didn’t go so well.

Imagine my surprise when, after asking Luke if he wants me to drive out to have Joel insert a new sensor, he said, “Nope. I’ll do it.” And not only did he want to do it, he wanted to do it in his belly. This is the first time he has ever wanted to put his Dex anywhere but his arm. I asked him if he was going to leave his site in his belly, too. “Nope, my leg.” Huh. Okay. (I’m secretly wondering if he’s trying to hide his devices now that it’s summer.)

Well, guess what? He did it! He couldn’t figure out how to get the needle back out, so it was stuck in his belly for a lot longer than normal. I asked him if it was hurting. “Nope, I can hardly feel anything.” I added the above picture to show you just how honking huge that needle is. Needless to say, I sat dumbfounded at the bravery of my 12-year-old. 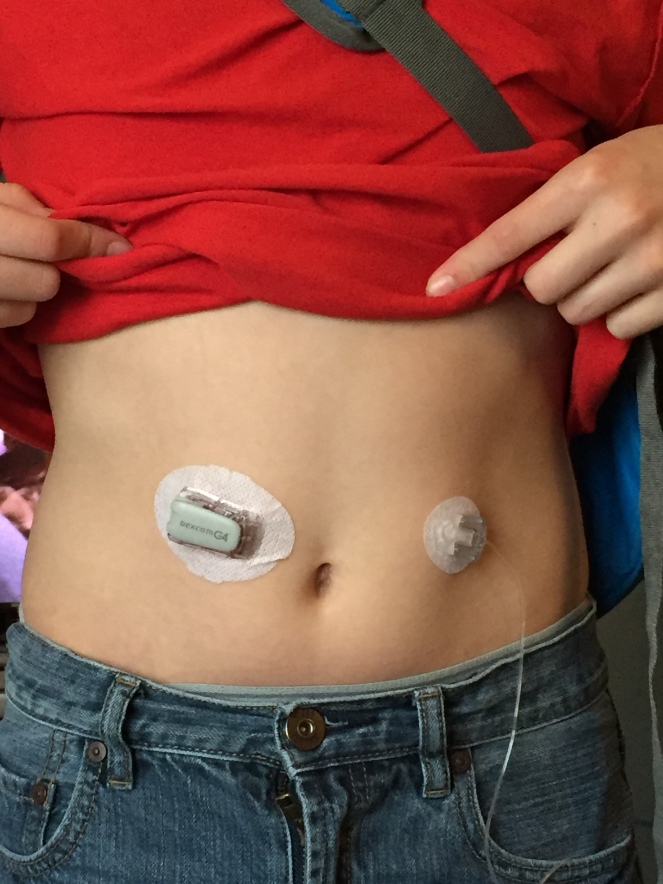 And now he has a bionic belly. At least until the next site change when he puts it in his leg.