The other night we had Culver’s for dinner. I had a coupon, so I let Luke get a Concrete Mixer with dinner. He’s had one before, since diagnosis. No biggie. We’ll just bolus* for it.

A few hours pass and we seemed to have done pretty well with our carb-counting and bolusing. Luke’s blood sugar remained pretty stable. Until it was time to think about going to bed. Then it started climbing. 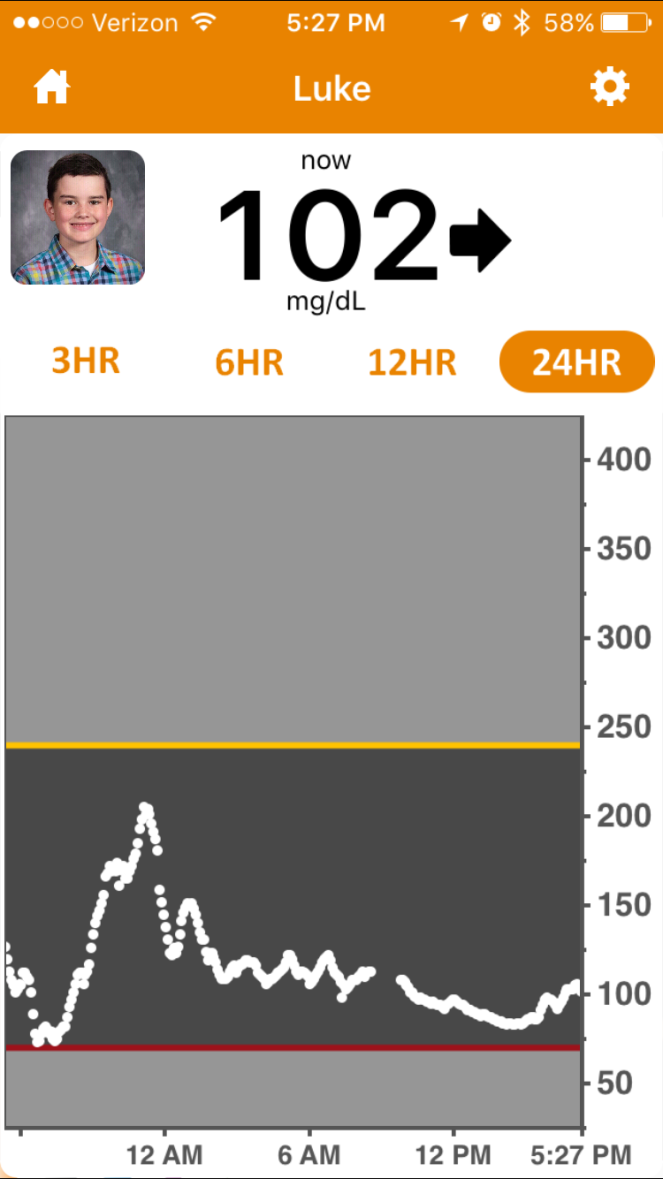 And it kept climbing… and climbing… At midnight it was all the way up to 208! I woke Luke up to finger prick. 203. I had him test for ketones. Negative. I couldn’t go to sleep until it came down.”Joel, WHY is it doing this!?”

Often times when a person is first diagnosed with Type 1 Diabetes, their pancreas kicks back in for a period of time. It starts working again. It helps the body deliver insulin. The real stuff. Blood sugar comes back down more quickly. Some kids don’t even need artificial insulin during this time. This is called a “honeymoon period.” We are fairly certain Luke’s pancreas has been helping him out for the past six months. But, more and more, it seems it’s giving up. It’s stopping any and all insulin production. And we will start seeing more and more “highs.” Especially after eating junk for dinner.

I waited up until Luke’s sugar came down to the 150s. Then I felt good enough about things that I could sleep. I didn’t sleep well. I kept waking up and checking my phone. Making sure he didn’t go back up. Or worse yet- drop too low.

I kind of wish he’d be in honeymoon for the rest of his life. Or maybe the artificial pancreas will for real be an option soon. Now, THAT would be awesome.

*bolus (noun): a single dose of a drug or other medicinal preparation given all at once.