Some of you have kids who have already started back to school. Some of your kids will be headed there in the next couple of weeks. And some of your kids still have a month or more of summer (you have my permission to disregard this blog post).

We start next week. I go back for two teacher days on Tuesday. Luke and all of the other students follow on Thursday. I’m a bit less anxious this year, than I was last. Partially because we were only two months in last year… this year we’re T1 veterans. (Ha ha!) Partially because Luke had an amazing year last year with awesome teachers and staff that totally got it. And partially because my husband will be starting a new job at Luke’s school. (I told him he’d need to start planning on following Luke to the high school in two years.) However, I realized this morning that I should probably be thinking about getting information and supplies around for the 2016-17 school year.

Last year I filled a plastic shoe box for each of Luke’s classrooms, as well as the nurse’s office. In each box, we kept low treatment- Smarties & juice boxes, as well as Slim Jims & nuts to stabilize his sugars once they were up. This was great for the first half of the year when Luke was getting used to doing T1 at school. However, by the end of the year, he didn’t really use the boxes. He just kept his supplies in his sling bag. His nurse’s box contained low treatment and protein, as well as extra pen needles, alcohol wipes, lancets (ha ha… we were newbies), an extra meter, and of course, insulin for the fridge.

This year the plan is to send to the nurse a box of extra pump supplies- an inset, cartridge, needle & syringe, and a vial of insulin to keep in the fridge, as well as an extra glucagon and meter. I will send a baggie of Smarties or container of glucose tabs to keep in each classroom for emergencies. However, everything else Luke will carry on his person- his pump, Dex, phone, insulin pen, low treatment, protein, a meter, glucagon, and alcohol wipes. 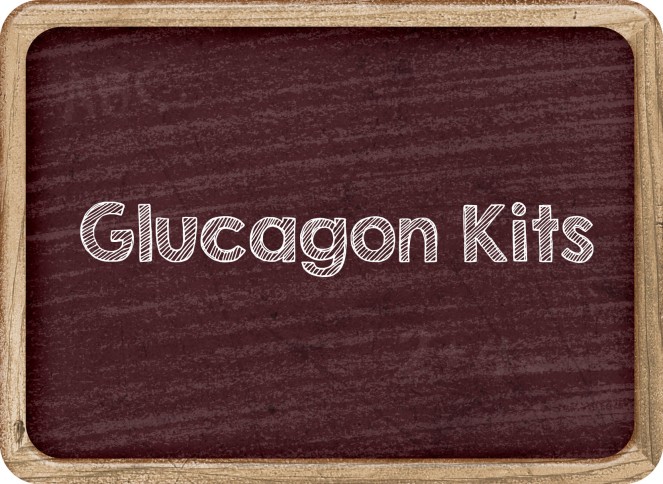 Luke will have a glucagon in his bag, as well as an extra in the nurse’s office. If he wasn’t switching classes, we would be sure to keep on in each of his classrooms. (We don’t have enough to do that, though.) I am also planning on sending instructions on how to administer the glucagon to each of his teachers.

If Luke was in one classroom all day, I would also send a glucagon kit in for his teacher to keep in his/her desk.

Be sure your child has a supply of snacks somewhere in the school. For us, that means sugar for lows and proteins to stabilize his sugar after he’s corrected a low. At one point during the school year last year, he was struggling with lows about an hour and a half before lunch. For those weeks, I sent a snack to prevent that from happening- usually a half of a peanut butter sandwich or some cheese crackers.

Last year, as you read above, I had these things in a plastic shoe box in each classroom. This year, Luke decided he wanted to just keep everything in his bag. I’m fine with either decision, as long as he’s comfortable with it. I also provide Luke with a water bottle to stay hydrated throughout the day. 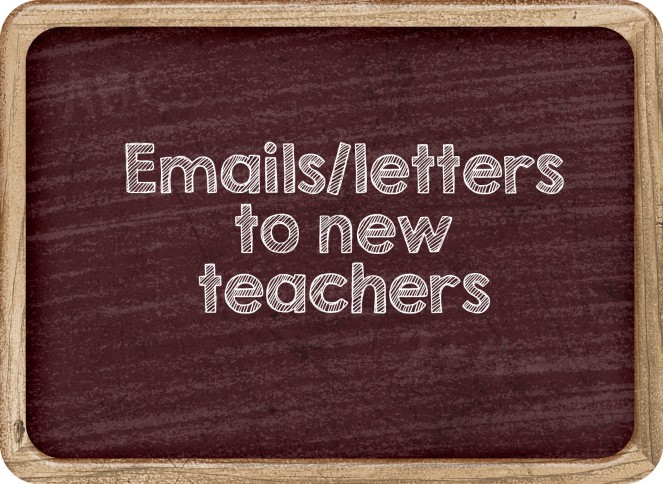 Luke’s poor teachers last year… I feel like I emailed them throughout the year with all kinds of new information. Being a newbie to T1, I kept remembering (or even learning new) things they needed to know. This year, I would like to consolidate it all into one intro/beginning of the year email. In it, I will include:

*All About Luke- what he loves to do outside of school, what makes him the most awesome kid out there, etc.

*Run-down on Type 1- what exactly is T1, how did he get it, maybe even a short day in the life of a T1 (if it’s not too long of an email already)

*What’s in His Bag- explanations of what all will be in his sling bag and why it’s important.

*What We Need from You- explanations of highs/lows & what Luke will need to do & how he needs the teacher’s understanding, glucagon instructions link.

*Then I’ll add this 10 Things Teachers Should Know sheet from Get Diabetes Right.

This will just be a quick, “Hey Luke still has Type 1 and this is what to expect this year.” It won’t be anything in depth because we did that last year. I’m also going to let the nurse know that Luke is even going to take care of his own carb counting (with help from us via texts) this year. (She’s going to FREAK!)

I dedicated an entire blog post to what’s in our 504 Plan. I highly recommend having one in place, even if you don’t need one now. I believe it’s always better to have it and not need it than not have it and need it.

Most of Luke’s friends understand that he has Type 1 and why he needs to count carbs at lunch and eat candy during class. One of his really good friends has even had a crash course on the glucagon. I think it’s important for Luke’s friends to be educated in Type 1, especially as he gets older and spends more and more time with them.